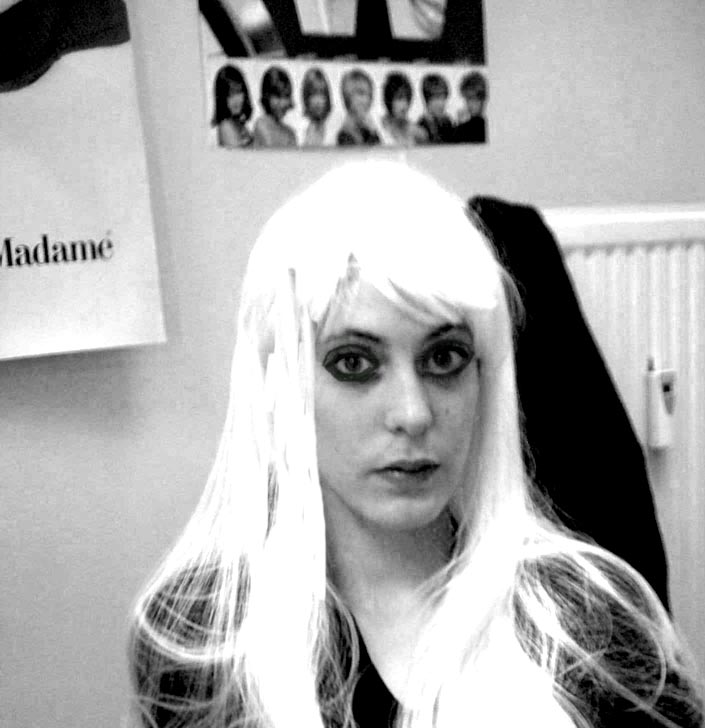 Leila is born in Auvergne in France from a French mother and an Iraqi father. She studied violin alto and opera at the conservatory of Bordeaux, 3 years of architecture and has a DEUG cinema from Paris 8. She stopped her studies and became autodidact. She’s working between Belgium, France, Germany and Egypt.

She plays in her own films and composes the music of them.

Her first short film Vu (2009), 25′, received a Special Mention of the Jury at the Berlinale 2009 and went at around 15 international film festivals.

She’s working on a new film « My father’s name is Abdul », a feature documentary.

She has recorded two albums, « Dans le soleil » and « Berlin Telegram Record ». In the intimacy of her bedroom, then she started to compose and create delicate melodies. Her voice is filled with emotions and expresses her “lunatic, enigmatic, and fantastic” personality.